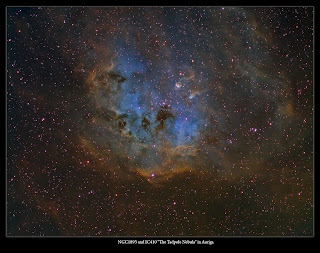 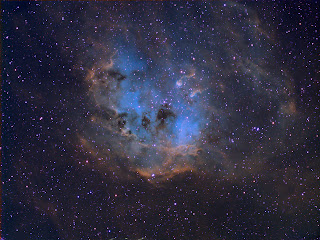 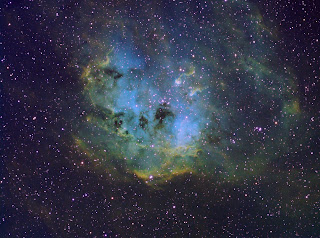 Alternate processing of NGC1893, each color channel was optimized first and then color combined in Photoshop. Selective color adjustments levels were added to the S2 (red), Ha(green) & O3(blue). Thanks to Neil Fleming for a great tutorial on this color combine method.
Posted by Unknown at 9:43 AM No comments: Links to this post 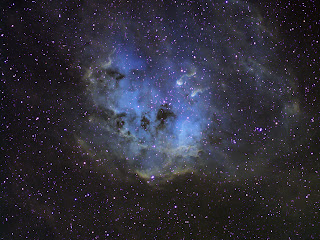 (The following description was from the APOD site)

The image shows the faint emission nebula IC 410 in false-colors. It also shows two denizens of the glowing gas cloud at the right - the "tadpoles" of IC 410. The picture is a composite of images taken through narrow band filters intended to trace atoms in the nebula. Emission from sulfur atoms is shown in red, hydrogen atoms in green, and oxygen in blue. Partly obscured by foreground dust, the nebula itself surrounds NGC 1893, a young galactic cluster of stars that energizes the glowing gas. Composed of denser, cooler gas and dust, the tadpoles are around 10 light-years long. Sculpted by wind and radiation from the cluster stars, their tails trail away from the cluster's central region. IC 410 lies some 12,000 light-years away, toward the constellation Auriga.

Posted by Unknown at 10:07 AM No comments: Links to this post 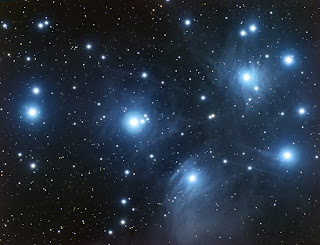 Posted by Unknown at 9:07 AM No comments: Links to this post